The Prime Minister, Chairman of the Major National Dialogue has declared open the event, which was convened by the President of the Republic, His Excellency Paul BIYA during his solemn message to the nation on 10 September 2019.

This ground-breaking gathering; with over 1,000 guests, is mainly aimed at finding solutions to the aspirations of the people of the North-West and South-West Regions. It shall run from 30 September to 4 October 2019 at the Yaounde Conference Centre.

In his keynote address, PM Dion Ngute recalled the origins of the socio-political situation and highlighted the measures taken by the Government. He condemned the secessionist project that was added to the corporate demands of teachers and lawyers.

PM Dion Ngute paid a tribute to all the innocent victims of the atrocities of the last three years.

He also urged participants of the Major National Dialogue to fully assume this historical responsibility and seek a beam of light for their children, grandchildren and future generations.

“The future of our country is in our hands. It is a future that we must all build together, here and now, on the occasion of this Major National Dialogue,” PM Dion Ngute noted.

PM Dion Ngute continued with an earnest appeal to the sense of patriotism and responsibility of each participant.

“Throughout our work, let us live up to the expectations that the Head of State and our compatriots have placed in us,” he concluded.

The highlights of the opening ceremony were: the singing of the national anthem by a group of ex-combatants, a session of inter-religious prayers and two speeches by ex-combatants.

Kawa Yannick, the spokesperson of the ex-combatants made an emotional speech in which he asked for forgiveness and the support of all and sundry for their smooth reintegration.

A female ex-combatant, who recently defected, said they were ready to contribute in the progressive disarmament, demobilisation and reintegration of other armed separatists.

This was followed by plenary sessions with participants grouped in eight commissions. They will deliberate on the following themes: Bilingualism, Cultural Diversity and Social Cohesion; Educational System; Judicial System; Decentralisation and Local Development; Reconstruction and Development of Crisis-Affected Regions; Return of Refugees and Internally Displaced Persons; Disarmament, Demobilisation and Reintegration of Ex-combatants; and the Role of Diaspora in the Crisis and its Contribution to the Country’s Development. 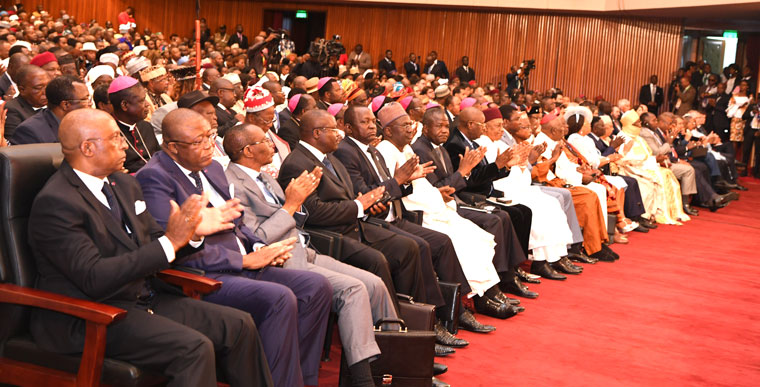